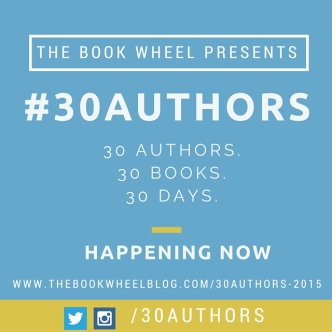 It’s September, and you know what that means? One of the biggest events to hit the Book-ternet – #30Authors!

As you may already know, #30Authors is an annual event connecting readers, authors, and bloggers. Throughout the month of September, 30 authors review their favorite books on 30 blogs in 30 days. The event has been met with incredible support from and success within the literary community. In the six months following the event’s inaugural launch, the concept was published as an anthology by Velvet Morning Press (Legacy: An Anthology). Started by The Book Wheel, #30Authors remains active throughout the year and you can join in the fun by following along on Twitter at @30Authors, using the hashtag, #30Authors, or purchasing the anthology. To learn more about the event and to see the full schedule, please click here.

I have the pleasure of welcoming Richard Alley, author of Five Night Stand, to 52 Books or Bust today. He’s reviewing a novel about his home town – Memphis Movie by Corey Mesler. Take it away Richard! 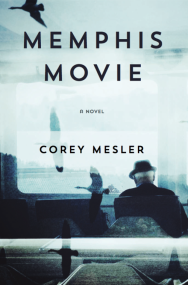 In Corey Mesler’s tale of movie magic, Memphis Movie, he shows us how the sausage is made. We learn about the backdoor deals, the egos, the talent and lack-of, and the sex that pervades onscreen and off, in the films we all admire.  And in learning of the process, the ingredients, the myriad hands that touch it all, the end product is made that much more delectable.

Memphis auteur Eric Warberg has returned home after some success and some failure in Hollywood. He’s gone back to the Bluff City, as it is affectionately known, to reclaim a career, to possibly rekindle his relationship with his partner, and to find what it was that sent him into the dizzying world of filmmaking in the first place.

As with any good film — and a comparison is begged to be made with Robert Altman here — a director must assemble an intriguing cast of characters. Mesler does not disappoint here.

For his 8th novel (he has a number of short story collections, chapbooks and poetry volumes in his filmography as well), he’s raided central casting for only the quirkiest, funniest, sexiest, hopeless and promising characters. Among the credits, you’ll find hippie poet Camel Jeremy Eros, hired to punch up the script, much to the chagrin of Eric’s partner and screenwriter Sandy; Dan Yumont, a lead actor with a prodigious appetite for the finer, if not illegal, trappings his station affords; and Mimsy Borogoves, a spectre-like woman from the city’s film commission who beguiles and further titillates Eric; among many, many others. It is a cast of dozens.

This is a story all at once funny and frustrating, mystical and real, sexy and sad. If you love movies and/or you love the mystique of Memphis, Tennessee, (and it’s clear that Mesler is passionate for both), you will want to read this book.

Corey Mesler and his wife Cheryl own Burke’s Book Store, a 140-year-old purveyor of new and used books, in Memphis. A quick call or visit to the website (burkesbooks.com) will surely get you a signed copy of Memphis Movie. 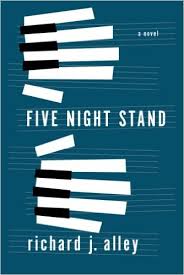 Richard J. Alley is an award-winning freelance reporter and columnist, as well as the editor of Inside Memphis Business. He has written the parenting column “Because I Said So” for The Commercial Appeal newspaper since 2008. Richard is a native of Memphis, Tennessee, where he currently lives with his wife and four children.

Connect with Richard on

BONUS! There is also a HUGE giveaway going on in connection with #30Authors! Just follow the link! 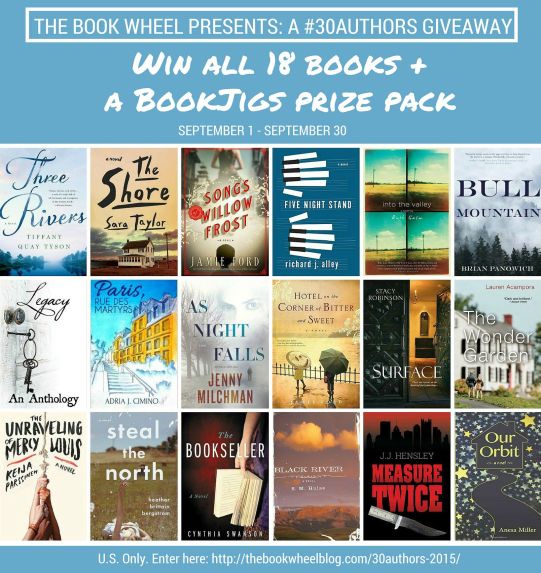