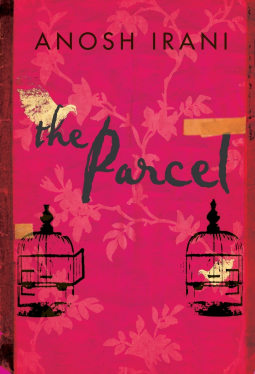 I’ve long had a mixed relationship with Anosh Irani and his new book, The Parcel continues to make me feel the same way. Irani is a beautiful writer tackling the harsh realities of the poor and marginalized in Mumbai, and he does so again with The Parcel. That is to say, it, like his other works, is a heartbreaking tale that is beautifully written.

The story of The Parcel focuses on Madhu, a member of Bombay’s hijra community and a retired prostitute. Even with that bare bones amount of information, you know this is going to be a troubling tale. And then you get introduced to the “The Parcel”. Gah! The Parcel is a ten year old girl sold into prostitution by her aunt. Madhu’s job is to prepare her for her life in this seedy new world.

So yeah, these are some pretty harsh realities. Especially once i realized that the girl was the same age as my daughter. But pushing that fact to the side of my mind, The Parcel was also a remarkably tender story about finding your true family when the family you were born into turns their back on you.

Who would like this book? This is not the kind of book you want to recommend lightly. Trigger warnings abound. And yet, there is something about Irani’s writing and the truth to his words that really appeals to me. However, if i were to recommend one of Irani’s books to someone who had never read him before I’d go with The Cripple and His Talismans. That books has stuck with me since i first read it in 2004. And if you ever get the chance, his plays are brilliant (and often preformed in Vancouver).