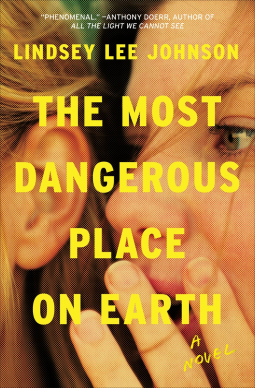 Holy-doodle, if The Most Dangerous Place on Earth isn’t a wake up call, I don’t know what is. Set in an affluent community in sunny California, this novel explores the facades of teen life on social media and the truth that lies behind those facades, and that is what makes it so compelling and horrifying. END_OF_DOCUMENT_TOKEN_TO_BE_REPLACED

I can tell you right now that Private Citizens by Tony Tulathimutte is going to be on my Best of 2016 list. I loved it. Tulathimutte could have so easily taken a great idea and made several missteps, but he doesn’t. The tone is perfect. The language is spot on. It’s brilliant. END_OF_DOCUMENT_TOKEN_TO_BE_REPLACED

I’ll be the first to admit that i was drawn to The Mountain Story because of the cover. Then, the fact that it was by Lori Lansens solidified my decision. I’ve not read many of her other books, but her reputation is solid. And, oh boy, The Mountain Story was a stunning read. Part adventure story, part a meditation on family. END_OF_DOCUMENT_TOKEN_TO_BE_REPLACED

The Humanity Project by Jean Thompson, as the title suggests, takes on big issues about the state of the world we live in. Poverty, violence, environmental degradation. It seems as though it is aiming to be in the category of really big American novels, the likes of which Jonathan Franzen so comfortably inhabits. Unfortunately, The Humanity Project falls short. That doesn’t mean it is not a good novel, but I think it is trying to be a great novel and doesn’t quite make it.

Most of the characters in The Humanity Project are lost souls, who at the beginning of the novel they seem utterly unconnected. There is a teenager who witnesses a horrible tragedy, a single father who goes out on a blind date, the nurse that lives in the apartment below him, a rich retired man on the verge of death. They are connected by a sense of futility and hopelessness. They are just ordinary people and yet the world seems poised to get them.  In spite of the ordinariness of the characters, they are rather intriguing. They propel the story forward and although their stories do not always end happily, their endings are satisfying.

Perhaps the largest problem the novel has is its title. The of a Humanity Project is not even introduced until 130 pages into the novel and it is the idea of a Humanity Project that seems not very well developed. It is a great title, but lacks in fulfillment. I believe with a little bit more time and editing, this could have been a much better book. It has the ingredients of a great book, but its potential is not fully met.

Who would like this book? In many ways The Humanity Project is a quintessentially American novel. It tackles large contemporary issues and tries to comment on America writ large by focusing on a few ordinary individuals. Although I initially compared The Humanity Project to Jonathan Franzen, early Wally Lamb may be a more apt comparison. Though The Humanity Project strives for high brow grand themes, the particular and the popular may be a more comfortable audience for it. Before reading this book I had never even heard of Jean Thompson. She is, however, an American writer of some acclaim. I may not read her again in the future, but I will look out for what she produces next.

I seem to have snagged Too Bright to Hear Too Loud to See by first time author Juliann Garey hot off the presses – it just came out in hardcover December 26, 2012. As a result you may not have heard much about this book yet. But i say ‘yet’ because this is poised to be one of the break out novels of the year. It was precisely this positive press that made me pick it up. I was not disappointed by the book, however, i was deeply troubled.

The plot of the novel focuses on Hollywood studio executive, Greyson Todd’s descent into madness. Each chapter starts with one session of Greyson’s electroshock treatment, which brings to the fore a past memory of varying significance. As the novel proceeds we discover that he is in fact bipolar and has suffered from this condition for years. When we meet him he has hit rock bottom, abandoning his family and career for a sex and drug filled jaunt around the world that lasts years.

As I mentioned, I found the novel to be rather troubling, but not because of a large portion of it takes place in a mental institution. Instead it is Greyson’s treatment and view of women as he travels from one sexual tourist hotspot to another. In Bangkok he realizes that money, of which he has a lot, can buy him just about any woman/ girl he wants. But his lowest point comes during a visit to Africa where he uses his wealth and therefore power to marry and abandon a widow after setting he up with a good deal of money in African terms. He is cavalier in his sexual engagement with her, almost daring AIDS to come his way. I found the power imbalances in almost of Greyson’s relationships with women to be troubling at best and misogynistic at worst. I don’t know if this is made worse because the novel was written by a woman.

Garey is at her best when writing as a slightly insane movie director balanced precariously on the edge. At times it verges into almost stream of consciousness. There is confusion, erratic jumping around and self flagellation. It all makes for a very realistic telling of someone mingling with insanity. Even Greyson’s sometimes appalling treatment of women fits coherently into the character Garey has so deftly drawn. And it is the plausibility of it that makes it so troubling.

Who would like this book? This book is definitely for an edgier reader. It is for someone who likes contemporary gritty tales and isn’t afraid of getting a little dirty in the process. It would also appeal to fans of behind the scenes tales of Hollywood. Greyson is, after all, a Hollywood mogul of sorts. I would also put it in line with other books set in mental institutions such as One Flew Over the Cuckoo’s Nest and Girl, Interupted (which i adored).